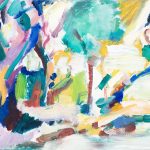 Orchard at the grange 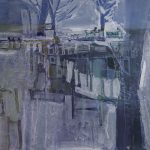 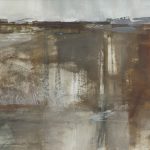 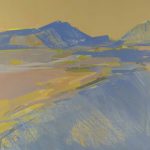 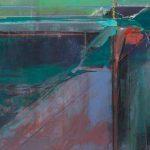 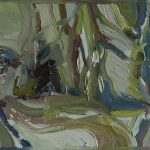 Trees in the Otter Valley 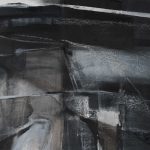 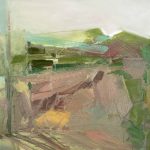 Towards the Long Man at Wilmington 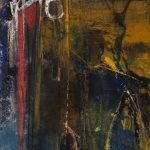 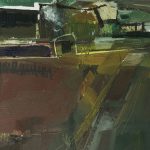 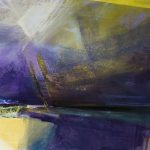 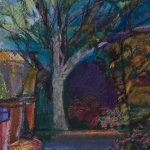 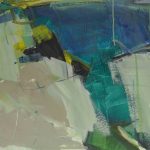 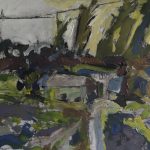 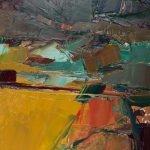 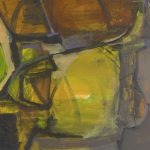 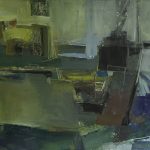 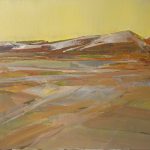 Mountains of the Mind 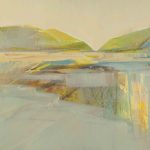 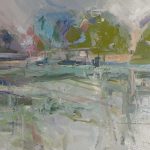 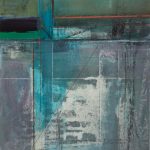 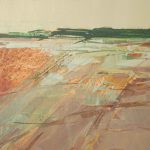 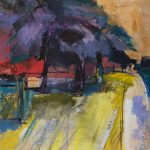 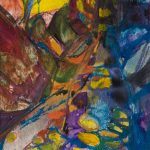 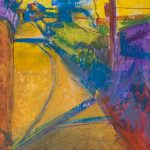 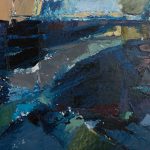 Anne Lever is a Cheshire-based abstract landscape painter whose glowing colours, sense of structure and use of collage have won her a growing reputation amongst collectors and institutions.

She studied with Robin Child at his Art Research Centre and is a member of the Rosvik Collective, a group of artists interested in landscape art.  Inspired by her love and knowledge of the British landscape and its history, her work is ordered by geometry and infused with feeling for the spirit of place.  Working in the imaginative Neo-Romantic tradition, her art is influenced by the French master Paul Cezanne (1839-1906), the American painter Richard Diebenkorn (1922-1993) and the British artist Keith Vaughan (1912-1977).  Exhibiting widely and with a growing following, her work is in many private collections.

Anne Lever says of her work:  “In all my painting I seek to transmit something of what I feel when a fleeting glimpse of something in the landscape stops me in my tracks.  I go out in all weathers.  Something catches my attention.  I try to capture that sensation in my work.  Not by recording reality but by finding an image that reflects my experience.  Sometimes this just breathes itself onto the surface of the board; sometimes it is a monumental struggle; and all honouring the rectangle, on a flat surface and using colour.  I have a passion for paint and am compelled to push through boundaries in order to resolve things which I do not fully comprehend.  The result is always a surprise and leads on to further discovery.”

Each painting in the exhibition inspired a poem by Michael Fox, a frequent collaborator with Anne and a collector of her paintings.  He was the first Literary Manager of the Royal Exchange Theatre before becoming a BBC drama producer.  Subsequently he set up his own independent media company before co-founding and directing the Commonwealth Film Festival.  Now an Anglican priest, he combines writing with doctoral research into drama and theology.

Michael Fox says of the collaboration:  “Anne’s paintings are powerful visual expressions which need no explanation, but since first encountering her work I have admired it for its poetic quality, for its dash and verve and sense of creating a vivid experience there in the moment.  I found myself wanting to respond by chasing down the imaginative places to which the work takes me and by finding a language for the deep resonances the combinations of colour and structure evoke in me.”